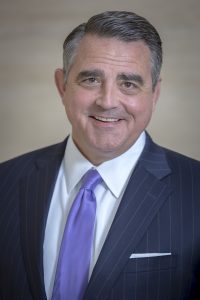 Jamie Carroll has tried lawsuits and appeared before judges from Washington state to Georgia and from Texas to New York. He is a member of the bars of Georgia, the District of Columbia, the 11th Circuit U.S. Court of Appeals, and federal courts in the Northern, Middle, and Southern Districts of Georgia. Jamie has been admitted to practice pro hac vice in state and federal courts in more than two dozen states. Over the past three decades, he has spent much of his time serving as national coordinating counsel and national trial counsel in high-profile, high-risk litigation involving products as disparate as medical devices, cell phones, window blinds, asbestos, and automobiles. He has represented nationally companies such as GM, Georgia-Pacific, Ford, and Olympus. Jamie was formerly with King & Spalding, an international firm of more than 1,000 lawyers, where he served as an equity partner; he practiced there for almost 20 years before founding his own firm.

A native of Montezuma, Georgia, Mr. Carroll graduated from Princeton University in 1983 with a bachelor’s degree in English. After college, Jamie served as a Captain in the U.S. Army: commissioned as a Field Artillery officer, he was awarded the Airborne Badge, Army Commendation Medal, and Army Service Ribbon; he also obtained a master’s degree in English while on active duty. Mr. Carroll then earned his law degree in 1990 from the University of Pennsylvania, where he served as Editor-in-Chief of the Comparative Labor Law Journal and as the Clayton R. Louderbeck Memorial Legal Writing Instructor. He continued to serve as an officer in the U.S. Army Reserve, both while in law school and after he began to practice. He has served on numerous boards, completing three terms on the Executive Committee of Princeton University’s Alumni Council, including two years as Chair of its Committee on Regional Associations; serving on the board of WABE, Atlanta’s National Public Radio affiliate; the Boys and Girls Clubs of Atlanta; and the Center for Puppetry Arts. Jamie is married to a classmate from law school and is the proud father of three young adults.

In a mass tort representation for a healthcare client, obtained “no pay” dismissals by motion and by negotiation of all thirteen cases pending in western Pennsylvania.

Served as national counsel for a client sued in more than 300 cases, many alleging wrongful death, following the company’s recall of more than a dozen of its products. Resolved the entire docket of cases in less than two years through “no pay” dismissals, motions practice, and the remainder were resolved at values acceptable to the client.

Represented a pharmaceutical manufacturer in two birth defect cases in Philadelphia: in one, the court directed a verdict for our client; in the other, the jury’s verdict was less than the plaintiff’s actual medical costs.

Won a multi-week jury trial in federal court for the largest petrochemical company in the world.

National trial counsel for a large U.S. manufacturer of household fixtures; have represented the company in numerous wrongful death and brain injury suits.

Argued and won an appeal before the 11th Circuit, preserving a trial victory for a Fortune 50 company.