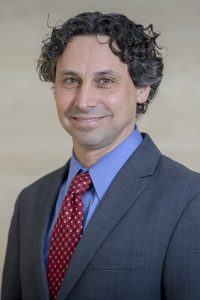 Michael Weiss has years of experience representing clients in high-stakes litigation. As a partner at Carroll & Weiss, Mike has a diverse practice, representing a variety of clients in product liability and other cases, including large manufacturers and retailers, small businesses, nonprofit organizations, and individuals, and helps companies navigate federal and state regulations with an eye on how compliance can impact legal liability. In recent years, Mike has taken a leadership role in defending manufacturers and sellers of a broad range of products, including medical devices, consumer products, automobiles, and pharmaceuticals. He defended members of the window covering industry in lawsuits around the country alleging strangulation on window blinds cords, including defending several clients in a purported nationwide class action in Illinois (and winning dismissal of a number of those clients). At the same time, he has represented families and individuals who have been harmed by the negligence of others, representing them in claims against railroads, medical providers. He has experience in the courtroom on both sides of the bar: he served on the trial team of a high-profile pharmaceutical birth defect case in which the court entered a verdict for his client before the close of evidence, and was also lead trial attorney for a class of women alleging their employer illegally and systematically shorted their paychecks.

Mike is the president of the board of directors of Whitefoord, Inc., a nonprofit that provides health care and child development programs in underserved neighborhoods in Southeast Atlanta. He is a former co-chair of the board of directors of the Georgia Asylum and Immigration Network, which provides free legal representation to victims of persecution or violence seeking legal immigration status in the United States. He has successfully represented several people, including children, in immigration courts, winning the 2009 Judge Clarence F. Seeliger Local Justice Award for his pro bono efforts to obtain legal status for a survivor of human sex trafficking. He has also handled a number of other pro bono cases, including receiving national recognition for his success in freeing a South Georgia man who had served 17 years for a murder for which he was wrongly convicted. Mike also is active in civil rights issues with the Anti-Defamation League.

Represented a manufacturer in proceedings before the National Highway Traffic Safety Administration (NHTSA); after eight months of submissions, NHTSA determined there was no evidence of defect and denied a recall petition.

In a mass tort representation for a healthcare client, obtained “no pay” dismissals by motion and by negotiation of all thirteen cases pending in western Pennsylvania.

Won a motion to defeat creation of a multi-district litigation (MDL) case; argued before the Joint Panel on Multi-District Litigation (JPML).

Obtained a directed verdict during trial from a federal district court on a Daubert motion; appellants dismissed their case after oral argument in the Eleventh Circuit.