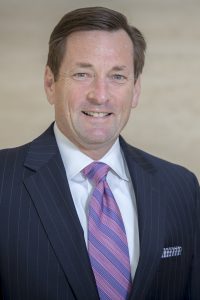 For over 25 years Russ Wofford has litigated business disputes of a range of complexity and exposure, for both defendants and plaintiffs. He has handled antitrust, breach-of-contract, unfair competition, restrictive covenant, product liability and other matters. He counsels Fortune 500 and smaller companies on compliance and risk-management issues, and has drafted critical commercial contracts for some of the largest companies in the US. At one time or another he has been included on every list of prominent practitioners – from Chambers to Super Lawyers to Best Lawyers in America – is an American Bar Association Fellow (limited to 0.2% of all practicing lawyers), and belongs by invitation to the Fourth Circuit Judicial Conference.

Won a multi-week jury trial in federal court for the largest petrochemical company in the world.

Won a motion to defeat creation of a multi-district litigation (MDL) case; argued before the Joint Panel on Multi-District Litigation (JPML).

Tried a two month-long case for a medical device manufacturer which resulted in a defense verdict as to plaintiff’s claims.

National trial counsel for a large U.S. manufacturer of household fixtures; have represented the company in numerous wrongful death and brain injury suits.

Represented a pharmaceutical manufacturer in two birth defect cases in Philadelphia: in one, the court directed a verdict for our client; in the other, the jury’s verdict was less than the plaintiff’s actual medical costs.

Tried an employment class action lawsuit in federal court on behalf of 40+ plaintiffs; defendants asked to settle case during trial.